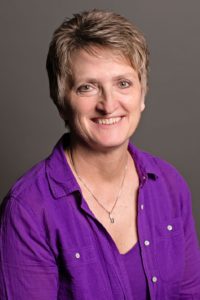 Why work in city government, specifically in Alexandria?

I decided to apply for a posted part-time position with the City after leaving a full-time job because my husband and I were going to be taking over as caretakers of an apartment building. I knew absolutely nothing about local government so I thought it might be a good opportunity to “get my foot in the door”.  I had two of the funniest guys in Alexandria (former City Administrator Jim Taddei and the late former City Assessor Larry Johnson) interview me for that position.  During the interview process and conversations, all I could think of was “I want to work for these two guys!”.  I got the job and after two and a half years I was fortunate enough to be offered a full-time position, and 29 years later I’m still here.

Share a memory of a time you felt proud to be in local government.

It was the year that then Governor Elect Jesse Venture was elected.  Two days prior to Christmas a MnDOT official ordered the City & ALP to take down the Christmas Lights in all the downtown intersections because that individual felt they were a traffic hazard citing they hung down too low, even though no accidents had ever been recorded due to the semaphores being obstructed.  Anyone who knows me, knows that Christmas and I go hand in hand.  Needless to say I was a little upset, and fortunately a co-worker found the number for then Governor-Elect Jesse Ventura’s office and suggested I call  his office.  So I called his office number and voiced my frustrations to the individual answering the phone for him.  Needless to say, those Christmas lights went back up the next day.  I will never know if I had a part in the restoration of the lights, but I like to think I did.

What are your goals for this year?

To camp as much as we can, to survive another election, and to start preparing for when my husband and I retire in a couple years.

What are your hobbies?

Tell us about your family and yourself.

My husband, Mark, and I have been married 33 years.  Mark has been an engineer with Douglas Machine for almost 34 years.  We have a “Yours, Mine and Ours” family.  Mark’s son, Josh, and his family live in Caledonia, my son, D.J., and his family live in Fargo, and our daughter, Mackenzie, lives in the cities but for some reason we have custody of her dog.  Between the two of us we have six grandchildren ages 20, 16, 16, 13, 12, and 4.  We are a bit of a military family also as D.J. and his wife are full-time North Dakota Air National Guard, and Mackenzie is part-time North Dakota Army National Guard.

What are you goals this year and for your department?

To do the best job I can for the Primary and General Election.  I take great pride in this City and it has become my “baby”.

There are a lot of acronyms in government, explain ones that come behind your name or that you use in your work.

Where is your favorite place to go to enjoy Alexandria?  (restaurants, parks, activities/exercising, etc.)

I love all the restaurants in Alex! I enjoy riding bike on the Central Lakes Trail and going to the pool at Grand Arbor.

by City of Alexandria

Stay In Touch With The City

Sign up for the city newsletter to receive updates on the latest policies and news.

Connect With The City